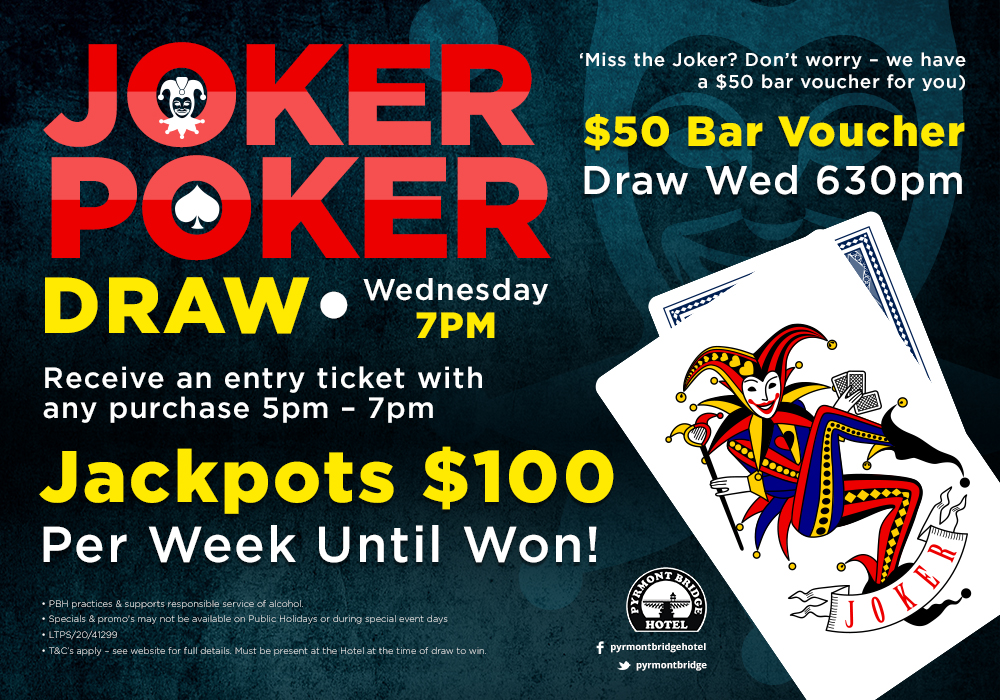 1. The name of the game is Joker Poker

3. Entry into the game is gained by patrons: who purchase a drink or meal between 5pm & 7pm on Wednesday afternoons

4. Subject to satisfying the entry requirement, a patron will receive a ticket in the game. The patron: A customer of Pyrmont Bridge Hotel

5. Entries must be received before the time the draw is conducted.

6. The draw will be conducted each Wednesday at 7pm.

7. The place where the draw will be undertaken is Pyrmont Bridge Hotel (96 Union St, Pyrmont)

8. The winning name or number of the successful entrant will be audibly and clearly announced so that all patrons who have a ticket in the draw have the opportunity of hearing the announcement.

12. On the final date of the game, the prize must be won. A draw will be conducted of entrants continuously until a successful entrant wins the prize.

14. If proposed prize money is greater than $2000 the prize winner must be paid the amount exceeding $2000 by a crossed cheque made out to the winner (or by EFT if the winner so requests). The full prize amount can be paid in this manner, if desired.

15. The board containing the game cards will be secured (secured means a locked cupboard, behind a screen) and under the custody of Andrew McDonald (General Manager)

16. The promoter is Pyrmont Bridge Hotel 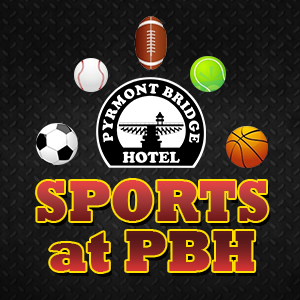 Please email your selections to bookings@pyrmontbridgehotel.com

All private events conclude at Midnight. Whilst we welcome you and your guests to stay on & continue to enjoy the evening, Hotel staff need to reconfigure the venue at Midnight.

Other hotel patrons are free to move through the Hotel & make use of unused areas from Midnight too. If you or some of your guests would like to stay on, please let the Managers know at this time.

Management may ask for assistance with:
– Moving your guests to an alternate area temporarily while the space is cleaned/reconfigured

If some or all of your guests are showing signs of approaching intoxication. Management may ask for assistance with:
– Moving your guests ground floor scanning area for I.D scan & RSA assessment.
– If intox indicators are identified, by law your guests must be asked to leave the premises. Staff will offer safe transport options if required.